One of our clients involved in manufacture of the pharmaceutical chemicals, where the process requires clean rooms, requested that we investigate the manufacture of housings for the HEPA filters used in the ventilation extraction systems. 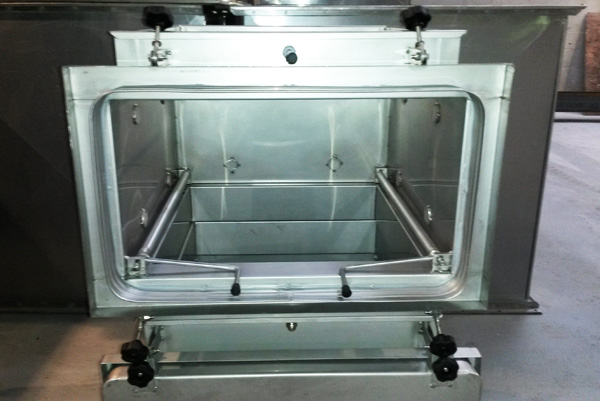 The housings that were previously used were imported from overseas. The imported products were creating issues in terms of cost, as well as the delay from time of order to time of arrival on site.

There were initial setbacks, where the HEPA filter did not fit securely to the inside of the housing. Air was bypassing the seal causing the housing to fail the DOP test. After a slight modification the problem was solved, and no further issues arose during DOP testing of filters fitted into the housings.

Our design is such that, removing the old filter and replacing the new filter is now a one man job, and no longer one that requires a two or three man team.

The terminal housings are available in either top or side entry port. The safe change and terminal HEPA housings have punched face plates that are held in place with magnets, as well as an outer safety section.

The resultant products were thus equal in every aspect to the imported products that were previously used by our client.